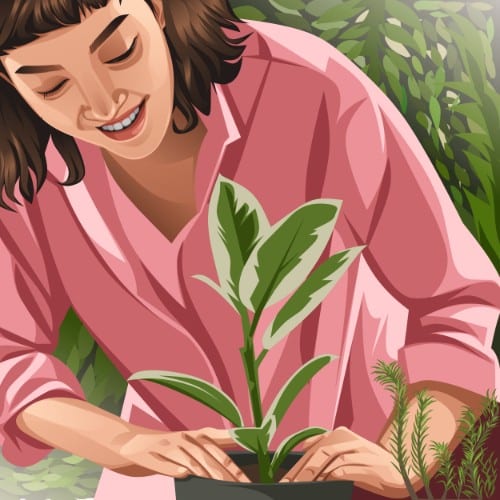 I’m Gina Harper, and I started an urban garden that sparked a local revolution.

People have hounded me enough, and now it’s time to share my experience with the world.

I didn’t come from the city: I was born and raised in rural Oklahoma (exciting, right?), where I worked for my uncle’s farm during the summer, and during the months when my community college classes weren’t in session.

Eventually, I had to move up to the big leagues, and with that came a move.

I moved to New York City, the concrete jungle, and it was very jarring at first.

I started an urban garden that helped feed me while I was going through my classes, and one day, my very kind neighbor asked me where I got my produce from as I was bringing it down from the rooftop raised garden beds I made.

I showed him. Then he told his friends. Then the lady on the ground floor heard about it. Before long, we had sections on the roof with raised garden beds, each with names on them.

There was a communal set of tools, and some of us would bring bags of soil up when we had the chance. It became a miniature farming community, and it made me feel at home.

Those who didn’t need the food donated it to the local homeless, and before long, we saw another rooftop garden bed crop up on the apartment across the street.

I want to teach you about urban gardening. I’ve had to come up with some very off-the-cuff methods of gardening in a place that has very little dirt, and I’ve done it to great success.

From over a decade of farm work to the situation I find myself now, I want to help you find your way into urban gardening.